In the heart of Stockholm, with a breathtaking view of the city. A historical building completly refurbished. Right by the sea. 9000 square meters, 23 historical venues. With the best view. 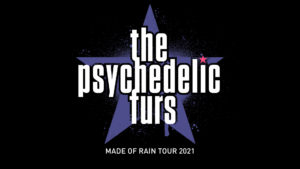 Event calendar for our public events and useful information about the capacity, availability, tickets, security etc.

Münchenbryggeriet Event & Conferense has 23 different venues whose entrances are located at 6 different addresses. Our main visiting address is Torkel Knutssonsgatan 2 and we always put out signs, for each event, from this address.

Please note that the delivery address is not always the same as the address to our entrances. Before scheduling a shipment, you have to get a confirmation from the Projekt manager responsible for the event you are going to attend regarding; delivery date, between which times, and to which address you should send your shipment.

The history of Münchenbryggeriet

Beer was produced for over a hundred years

Münchenbryggeriet is one of the most characteristic elements in Stockholm’s cityscape today. It is also a much appreciated monument of Stockholm’s industrial past. Here beer was produced for over a hundred years, to the delight of thirsty Stockholmers. Today we have resumed old traditions and have a microbrewery with our own production of organic craft beer. But above all else, we act as a meeting space for people.

It was a wholesaler, C C Brusell & Co who in April 1857 began producing and selling beer under the name of Münchens bryggeri-bolag “Munich Brewing Company”, named after the Bayern brewing city. The brewery stood where it still stands, next to the important docking and loading site of Skinnarviken on the South Banks of Riddarfjärden. It is just here that the high cliffs open up enough to allow access to the shoreline and therefore a loading place for ships, waiting to transport goods.
The location of the brewery beside the water also provided an excellent source of ice during wintertime, ice that is vital to the beer making process. Great quantities of lake ice were used to cool the beer during the fermentation and whilst under storage. It was quite common that when working on the ice, each worker received a “sup” or a quick drink before each shift, at lunchtime and then when the working day was done. If you were unfortunate enough to have fallen through the ice, you of course would receive another drink to protect against the cold.

The Brewery was a success from the beginning and production increased as the city grew. The site was rebuilt numerous times and increased in size, with more buildings and houses added over the years.
During the night of Easter Sunday, 1893 and whilst the building was still undergoing construction, a fierce fire broke out and destroyed most of the buildings. The devastation was almost total. The rebuilding of the brewery was led by architect Hjalmar Karlsson and engineer Alvin Jacobi and from their work grew the buildings as we see them today – a sweeping facade with Renaissance tones and Gothic gables. Stockholm gained a beautiful addition to its skyline, which can still be appreciated and enjoyed from the North banks of Riddarfjärden, and of course, from the many boats and ships which travel the waterways.

The new brewery was equipped with the most modern equipment and became very adept and successful using modern brewing methods. Soon after the turn of the century, the brewery had grown into the largest in Sweden and dominated more then half of the Stockholm market. Competition between breweries was hard and in 1910, the Brewery was bought out by Stockholm’s Breweries who, over the following decades, grew into the largest brewing concern on the East Coast. At the same time, Pripp & Lyckholm closed their breweries in Western Sweden and in 1964 the two companies joined together to form Pripp Breweries.
In September 1971, the production of beer ended at München Bryggeriet and was moved a new brewery in Bromma. At its height, the Brewery had produced 60,000 bottles of beer per hour.

During 1971 – 72, a large number of smaller companies, offices and leisure based activities moved into the vacant brewery site. Mälarsalen’s dances, courses and party venues became widely known amongst the local community. In 1974, the city of Stockholm took control of the old buildings and decided to demolish the entire site to make room for new apartment buildings. The rebuilding work, its detailed planning and the political decision to go ahead with the project was met by a powerful uprising from the local community. The movement was led by the owner of Mälarsalen AB, Hans Ryberg, a decision that was to cost him around SEK 5 million and many years of campaigning and fighting.
Prominent figures in architecture, science, the environment, social sciences, art, literature and music leapt to the defence of the brewery buildings. Swedish folk heroes such as Astrid Lindgren, Evert Taube and Per-Anders Fogelström joined thousands of individuals and many large organizations such as the City Museum, to sign a petition to halt the plans. The decision was put to a governmental vote and despite the public outcry, the brewery lost out by a single, solitary vote. The Election in 1976 was the eventual savior of the brewery. The opposition was aware of the public distaste for the planned work and used this to their advantage. 11 days after they came into power, the work was halted. A construction company bought the main brewery building in 1979 and after 6 years of renovation and a total cost of SEK 200 million, 50 000 m2 of space was now ready to see new life.
Since 2007, AFA Fastigheter owns the facility of Münchenbryggeriet.